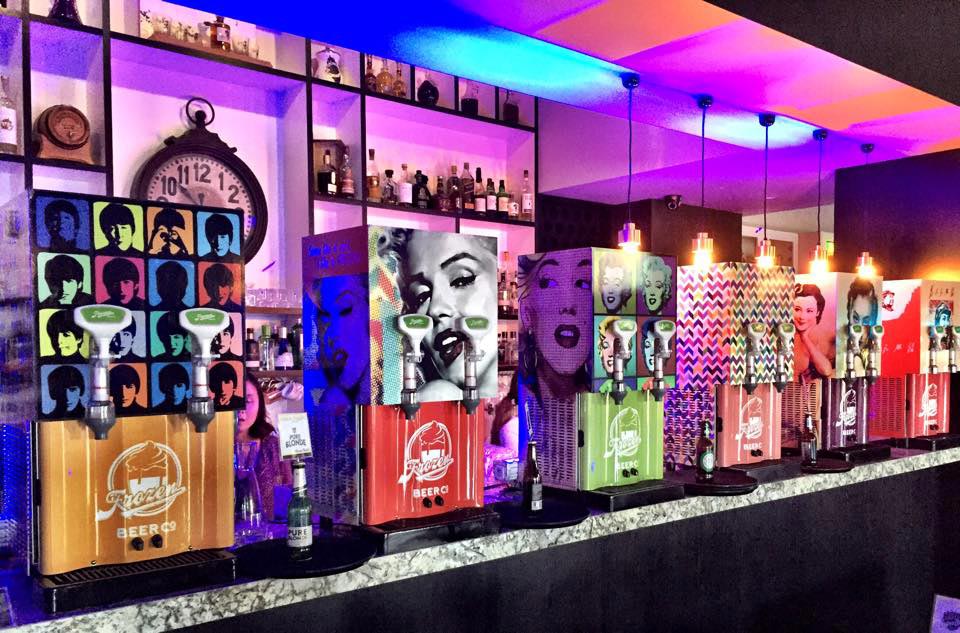 Last week was the launch of Frozen Beer Co.  The event was hosted at the Loft Bar, one of Adelaides trendy venues.  People poured in to pour a cup of their first taste of Frozen Beer.

A revolution to the traditional Aussie summer drink, one that won’t melt away as soon as you sit in the sun.  It’s something that you need to try it to believe it.

Imagine to have your favorite beer served consistently cold in this hot summer with a delicious, silky and smooth beer.

It’s a craze that originated in Japan and has since gone on and become a hit in the US, Canada and even France! In the US, frozen beer was introduced to the Dodgers Stadium where baseball fans can enjoy a frozen beer at $11 a pint. Frozen beer can also be enjoyed on a day out at  Walt Disney’s Epcot Theme Park, Bay Lake Florida. In Chicago this year, frozen beer was available at Lagunitas Beer Circus and music festivals.

Frozen Beer Co. has already been causing quite a stir on social media with some of Adelaide’s famous faces having joined together to promote the new product. From the likes of Bollywood actress and model, Lucinda Nicholas, My Kitchen Rule’s Paul Wood, Insta famous Jake Bley, photographer Alex Drewniak, ex-Adelaide Councilor and business man Francis Wong, Finesse Model Madz Ando, Channel ‘s Christina Cavaleri as well as many others.

The event was also filled with Adelaide’s Fashion finest, with photographers snapping away outfit shots all night long where over 350 of Adelaide’s lucky A-list got to have their first taste..

Thank you to everyone involved for kicking off the silly sister with a bang!

For the occasion I wore one of my favorite crop blazers’ by Forever 21, teamed with black high waisted shorts and my trust black heel, an easy comfortable outfit for a perfect summers night in Adelaide City.